Sunrise at Naples Harbor, Castel dell'Ovo, Naples Italy. The Castel dell'Ovo is the oldest standing fortification in Naples. The island of Megaride was where Greek colonists from Cumae founded the original nucleus of the city in the 6th century BC. Its location affords it an excellent view of the Naples waterfront and the surrounding area. In the 1st century BC the Roman patrician Lucius Licinius Lucullus built the magnificent villa Castellum Lucullanum on the site. Fortified by Valentinian III in the mid-5th century, it was the site to which the last western Roman emperor, Romulus Augustulus, was exiled in 476. 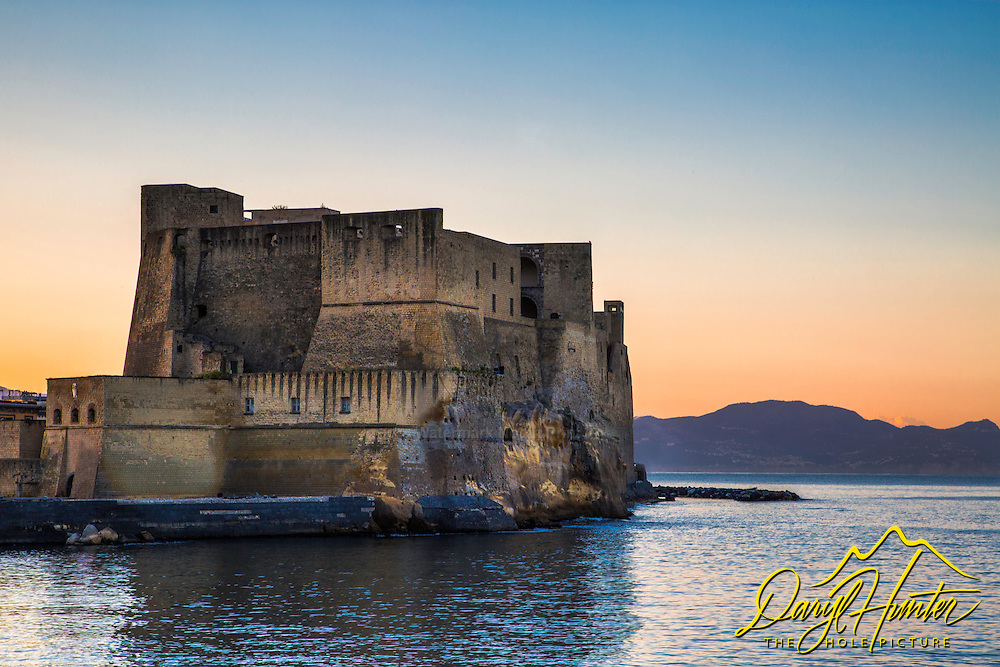